Plant a tree in memory of Daniel
An environmentally-friendly option 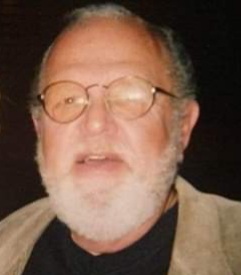 He was born June 16, 1938 in Grand Rapids, Michigan, the son of Charles John Drake and Alice (Hall) Drake.

Dan was a member of the Agape Christian Church of La Porte. He was an avid fisherman, enjoyed riding his motorcycle even riding it on a trips to California and Florida. In his younger days he always had the neighborhood kids over playing in the yard. Dan also ran triathlons for many years. Even though Dan held many passions, his true passion was his love for his family and especially his grand-children and great-grandchildren. And when you saw Dan, he always had his Chihuahua, Steve, by his side.

Dan was preceded in death by his daughter, Karen Sue Drake, two brothers, Charles and Terry Drake, and his sister, Carol.

Arrangements are being entrusted to Haverstock Funeral Home and Cremation Services, 602 Maple Ave., La Porte, IN where the family will receive friends Wednesday, April 21st from 11 AM until 1 PM at the AGAPE Christian Church, 1601 "I" Street, La Porte, IN 46350.  A life celebration will be held at 1 PM with Pastor Ben Crostreet officiating at the church.  Interment will follow at the Pine Lake Cemetery, LaPorte, Indiana.

Memorial contributions may be made to Agape Christian Church of LaPorte.

Due to COVID-19 concerns masks are required.

Plant a tree in memory of Daniel by clicking here.
To send flowers to Daniel's family, please visit our floral store.

Plant a tree in memory of Daniel
An environmentally-friendly option

Plant a tree in memory of Daniel

1 tree planted in memory of Daniel

I used to baby sit for Dan and Jo Carolyn when they lived next to us on Glenview Ave in Monroe Manor.  They were a nice family.  My sympathy to the family.

Remembering Dan in our minds and in our hearts. We always enjoyed Dans presence at our Family reunions. Dan will be missed by his cousins here in Grand Rapids Michigan. May the Lord be with you.
Rusty and Cindy Coon. Bill and Joanne Coon. Jim and Carla Coon 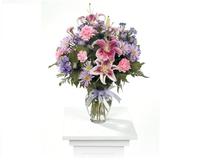 Garden Path Vase was purchased for the family of Daniel Drake by Rusty and Cindy Coon. Bill and Joanne Coon. Jim and Carla Coon.  Send flowers

A Memorial Tree was planted for Daniel Drake

Plant a tree in memory of Daniel