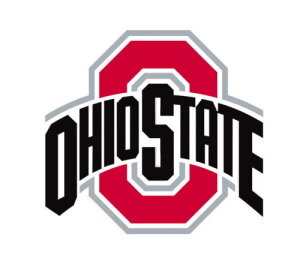 Edward Lowdenslager, 83, of La Porte, Indiana, passed away Saturday, March 5, 2022 at his home, surrounded by his family.

He was born November 21, 1938 in Troy, Ohio, the son of Guy D Lowdenslager and Dortha (Morse) Lowdenslager.

On June 6, 1964, in La Porte, Edward married Mary Jo Vester, who preceded him in death, January 4, 1998. He was also preceded in death by his parents, his infant son, Guy and his brother, Herman.

He is survived by his two daughters, Julie (David) Pranckus of LaPorte, IN, Jodi Lowdenslager of Plymouth, IN; two grandchildren, Cameron and Corey Pranckus.

Edward served in the United States Marine Corp and reserves from 1958 to 1964, then moved to La Porte to begin his career and raise his family. He retired in 1992 as an inside wireman systems specialist with GTE, then, because of his passion for helping people have better lives, worked from 1992-2012 for the CWA Local 4773, serving as president. Edward was a member of First United Methodist Church and attended La Porte Missionary Church. He was an avid sports fan who especially enjoyed the Chicago Black Hawks, Ohio State Football and the Chicago Bears, who he watched faithfully on TV with his son-in-law. He was a kind and considerate man who enjoyed fishing, playing pinochle and poker, and going to movies every week with his friends. A true family man, Edward taught his children, his grandchildren and even his nieces, nephews and their children how to swim in the family pool.  He was known as Papaw to his grandsons, who he dearly loved.

Arrangements are being entrusted to Haverstock Funeral Home and Cremation Services, 602 Maple Ave., La Porte, IN where the family will receive friends on Sunday, March 13, from 4:00-6:00 p.m.  A Celebration of Edward's Life will be held at the funeral home on Monday, March 14 at 11:00 a.m. with Pastor Bob Vale, officiating.  Interment will follow at the Patton Cemetery, LaPorte, Indiana, with military honors conducted.

Memorial contributions may be made in his honor to the American Parkinson's Disease Association (APDA), Midwest Chapter, PO Box 814, River Grove, IL 60171 or www.apdaparkinson.org.

To send flowers to the family or plant a tree in memory of Edward Morse Lowdenslager, please visit our floral store.

You can still show your support by sending flowers directly to the family, or by planting a memorial tree in the memory of Edward Morse Lowdenslager
Share a memory
© 2022 Haverstock Funeral Home. All Rights Reserved. Funeral Home website by CFS & TA | Terms of Use | Privacy Policy | Accessibility