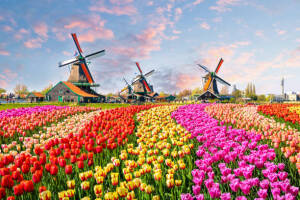 Hendrikien, also known as “Henny '' to her friends and  “Beppie '' to her children and many others, was born December 19, 1927 in Roden Netherlands to Harm Glas, and Froukje ( Lafantaine) Glas.

On November 6th, 1948, in the Netherlands, She married Egbert Dykstra who preceded her in death October 9th 1995.

She was 2nd of 7 siblings and lovingly known by her siblings and close friends as a prankster with a very jovial charismatic energy and often the life of any party.

Henny/Beppie had many talents. She was an expert seamstress, gardener, quilter, knitter and crocheter. Henny also enjoyed canning,  making homemade wine and  cooking for family and friends. Henny loved to travel, explore, and learn about other cultures.

Henny was known to be strong willed, brave, non filtered, and having a huge heart. Always willing to help others in need. Never turning anyone away that she could assist. Henny never knew a stranger and always made friends and acquaintances feel special and cared for.

Henny retired  after a 21 year employment from Howmet La Porte in 1989.

Arrangements are being entrusted to Haverstock Funeral Home and Cremation Services, 602 Maple Ave., La Porte, IN. A celebration of life will take place at a later date.

To send flowers to the family or plant a tree in memory of Heindrikien Dykstra, please visit our floral store.

You can still show your support by sending flowers directly to the family, or by planting a memorial tree in the memory of Heindrikien Dykstra
SHARE OBITUARY
© 2022 Haverstock Funeral Home. All Rights Reserved. Funeral Home website by CFS & TA | Terms of Use | Privacy Policy | Accessibility