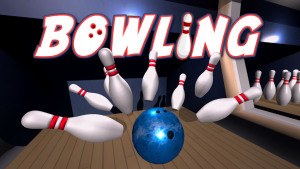 She was born November 6, 1956 in Michigan City, Indiana, the daughter of Robert Rogers and Norma (O'Dell) Rogers.

A lifelong resident of the La Porte area, Ronda worked as the Office Service Coordinator for Sullair. She was in several bowling leagues, first at Casey's Lanes then at Thunderbird Lanes in La Porte. Ronda enjoyed working jigsaw puzzles and knitting and crocheting things for the family like afghans, sweaters and Christmas stockings.  She loved Christmas, always wanting her husband to put the tree up on the day after Thanksgiving. The holidays were a special time for baking her famous cookies and cinnamon rolls with her family and sending her "no bake " cookies to friends and family. Ronda also collected beanie babies for her children when they were young. She loved the beach and took a yearly trip to Cancun with her husband, Mark, where he finally convinced her to play in the big waves. Her greatest joy was her family, especially her grandchildren.

Arrangements are being entrusted to Haverstock Funeral Home and Cremation Services, 602 Maple Ave., LaPorte, IN where a Celebration of Ronda's life will be held next Saturday, October 16, 2021 at 2:00 p.m. A gathering of family and friends will begin at 1:00 p.m.  Cremation has taken place.

Memorial contributions may be made in Ronda's honor to the American Heart Assoc., Alzheimer’s Assoc., or the Breast Cancer organization of your choice.

To send flowers to the family or plant a tree in memory of Ronda Leets, please visit our floral store.

You can still show your support by sending flowers directly to the family, or by planting a memorial tree in the memory of Ronda Leets
Share a memory
© 2022 Haverstock Funeral Home. All Rights Reserved. Funeral Home website by CFS & TA | Terms of Use | Privacy Policy