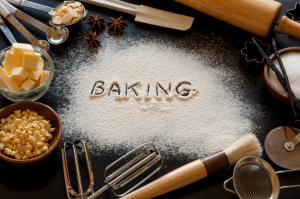 Sharon, the fourth child of Peter Charles Peters and Emma (George) Peters was born on October 9, 1948 in Waterville, Maine.

Sharon was a member of St Joseph Catholic Church in Laporte for many years.

Many people, both in Laporte and beyond, knew her as the “cake lady” whose works of art were as delicious as they were beautiful.

She built her business from scratch and was also known to offer her goods to charitable groups for their fundraisers.

Sharon was known for putting others before herself, often taking in others who needed a bit of extra support. The moniker Mama Sawaya was well known in the area.

Sharon was preceded in death by husband Sam, her parents, a daughter, Stacy Sawaya, brother, Doug Peters, and a sister, Nancy Peters.

Arrangements are being entrusted to Haverstock Funeral Home and Cremation Services, 602 Maple Ave., La Porte, IN where the family will receive friends Monday, May 3rd from 3:30 PM until 7 PM.  A Memorial Mass will be held Tuesday, May 4th at 11 am at St. Joseph Catholic Church, La Porte, with Father Nate Edquist officiating which everyone is invited to attend.  Interment will follow at the Greenwood Cemetery, Michigan City, Indiana.

Donations to Sister Sharon M. Peters for the work of The Sisters of the Poor child Jesus caring for poor children in Indonesia.

Online condolences may be made at www.haverstockfuneralhome.com

To send flowers to the family or plant a tree in memory of Sharon Sawaya, please visit our floral store.